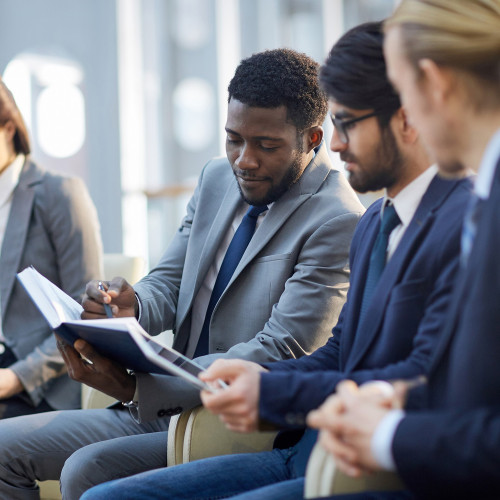 On the whole, a pay gap in favour of men has been recorded at over three quarters of businesses, using the median figures. It is worth noting however, that certain businesses have recorded pay gaps in favour of women and around 8% record no gap at all.

However, it is important to remember that these statistics do not necessarily tell the whole story. The fact that an organisation has a large gender pay gap does not necessarily mean that men and women performing the same role are not being paid equally for equal work. What it instead is likely to demonstrate is that there are still big societal issues that impact on the type of work that men and women are likely to do, and that women still tend to take the majority of lower paid, and part time jobs.

There are a number of potential reasons for this, and just three are considered below.

A number of studies have demonstrated that from an early age societal views on the roles of men and women can impact the paths that boys and girls choose to take. In 2015, the Organisation for Economic Cooperation and Development found that on a worldwide scale girls lacked self-confidence in their ability to solve mathematics and science problems, despite outperforming boys overall.

As a result, girls often do not choose paths towards science based careers, such as construction, finance or engineering, and this ultimately results in certain sectors having a larger pay gap, as the BBC graph below demonstrates.

There is clearly a challenge faced by women in relation to career breaks taken (of any length) due to motherhood. It can be extremely difficult for women to get their careers back on track, and not all employers are willing to be supportive of women in doing so.

It also remains the case that the majority of caring responsibilities, whether they be for children or other dependents, fall to women and this has a knock on effect on the type of work and the amount of work that women are able to do. As a result, the majority of part-time workers are women and women also fill the majority of lower paid roles.

Additionally, there may be decisions that are made in relation to women of childbearing age that restrict promotion or progression due to a perception that they may choose to have children. Any such decision would be discriminatory, but proving that this is the case is often difficult for women.

It is well established that policies in relation to flexible working such as working from home or job sharing, where possible, have significant benefits, from increased employee engagement to increased productivity. Such policies can make a real difference in assisting women balance their career with their caring responsibilities, and as a result can help businesses to retain talent, and balance the gender pay gap.

It remains the case that men and women are viewed differently in the workplace, and different traits are respected in each gender. Studies show that women are less likely to ask for promotions or pay rises than men, even where it is shown that had they asked for them they would have been considered, whereas men feel more comfortable doing so. The result is a potential unconscious skew of the financial rewards of men and women in similar roles over time.

In the end, while a number of the issues are societal and lie outside the workplace, what the gender pay gap reports do is to shine a spotlight on these issues and challenge each business to consider where the women they employ are in their workforce. Furthermore it challenges them to look at internal structures to ask whether they can do more to ensure that women are being given the same opportunities as men, in order that their business can benefit from a productive, talent driven workforce.