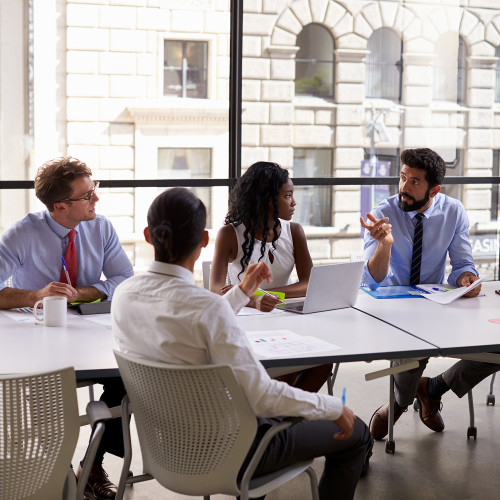 When “it’s just office banter” might be a defence

The case of Evans v Xactly Corporation Limited considered questions of disability and race discrimination, with the Claimant bringing proceedings for a number of breaches of the Equality Act 2010. The Claimant relied on the protected characteristic of disability as a result of his type 1 diabetes, and the protected characteristic of race due to his association with the travelling community. The Claimant alleged that many harassing comments were used against him by colleagues, including phrases such as “salad dodger”, “fat yoda”, and, on one occasion, “fat ginger pikey”. As to whether any of these comments amounted to harassment under section 26 of the Equality Act 2010, the Employment Tribunal found that they did not.

The Tribunal found that “the office culture was of jibing and teasing; a way of operating which appears to not be unusual for competitive sales people working under stress to achieve their targets. Mr Castley called it “banter” in that, as he explained, no one was seeking to offend and the receiver was not offended”.

The Tribunal went onto consider evidence that the Claimant had also engaged in comments towards other people, including calling a colleague, Mr Paton, a “fat paddy” on a regular basis. The Tribunal concluded “thus, it can be seen that the conversation was indiscriminatingly inappropriate and that nobody was either respecting or focusing on protected characteristics.”

The EAT determined that the Employment Tribunal in considering the harassment complaints quite rightly analysed the office culture, the context of the allegations and the nature of the relationships between the Claimant and his colleagues. It upheld the Tribunal’s finding of fact that the Claimant was an active participant in such inappropriate comments and behaviour in the workplace and acknowledged that in harassment claims, which are incredibly fact sensitive, the Tribunal was best placed to analyse the facts before it.

A claim for harassment based on a protected characteristic under section 26 of the Equality Act involves demonstrating that there has been unwanted conduct related to the relevant protected characteristic and that the conduct has the purpose of effect of violating the complainant’s dignity or creating an intimidating, hostile, degrading, humiliating or other offensive environment for the complainant. It is not the case that “it’s just banter” in itself is a straight forward defence to such a claim, but what this case demonstrates is that the specific context of workplace culture is important and relevant in understanding allegations of harassment. Harassment claims are highly fact sensitive and context specific and context will always be a relevant consideration.

If you have any questions regarding harassment, discrimination, or changing workplace culture, please do not hesitate to contact Jessica Piper.