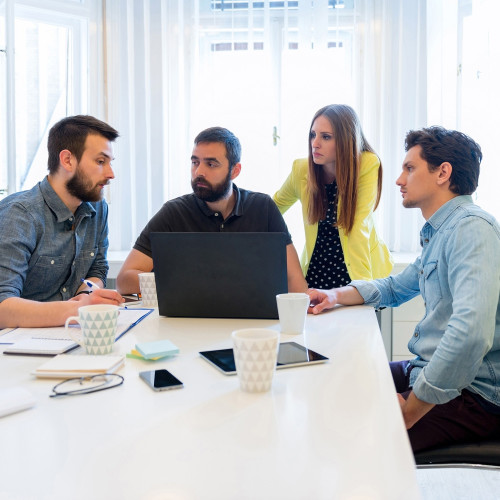 Employers must tackle their game plan before kick-off

With the 2018 World Cup about to kick-off in Moscow, football fans will have their eye on the ball, whether for England or their home country. And following England’s 2-1 win in its warm-up friendly with Nigeria, the tactics for the team are likely to be the focus of much debate.

But it’s not just the players who need to warm up, as UK business needs to tackle the tournament challenge head-on, with the potential of lost working hours due to employees staying home to watch the games and disagreements in the workplace over competing team interests.

Experts say the best approach is to revisit your policies now, before kick-off, and if there are any gaps in guidance, make sure to get them covered. Then, it’s down to reminding everyone of the importance of staying within the boundaries for any workplace discussions, and a reinforcement of company attitudes towards absenteeism and any likely issues that may arise, such as alcohol consumption or watching games during working hours.

Lucy Pakes, HR Adviser said: “Major sporting events like the World Cup build a competitive atmosphere and when this spills over into the workplace it may inflame existing tensions, and that can spell difficulty for employers. With today’s multi-cultural workplaces there is more chance that ill-considered comments fuelled by nationality or race may give rise to offence, and the employer could find themselves liable for the actions of their employees and face claims for discrimination.”

Policies should cover equal opportunities and non-harassment with clear disciplinary procedures for anyone who shows inappropriate behaviour with colleagues on grounds of nationality, colour or race.

Companies also need to be sure their holiday and sickness absence procedures are up-to-date, that everyone knows the formal process to be followed and what will happen if there is an unauthorised absence. Once the tournament is underway, if it is thought that any employee has taken time off to see a match, it’s worth making sure that back-to-work interviews are undertaken and the reason for absence investigated. There may have been a legitimate reason, but showing that any absence will be checked shows the focus is on and may help to see off subsequent absences among the workforce.

Similarly, attitudes towards alcohol consumption and use of internet during working hours for personal use should be addressed in the company handbook.

Lucy adds: “If you haven’t drawn up policies for any of these areas, then now is the time to do so. Also, you should check that existing policies are still fit for purpose. Technology is developing quickly, and most people now have smartphones they can use to watch games. So, if previously you’ve only considered the use of company equipment in your internet policy, now is the time to tackle what happens if someone is making personal use of the internet during working hours on their own equipment.”

As a last point, Lucy says: "Here at Ashtons Legal we have a Paid Time Off Policy which allows our staff to take as much holiday as they need throughout the year. Occasions such as the World Cup are a perfect example of when the policy comes in to its own - we would much rather our colleagues were open about taking time off to watch games rather than taking time off 'sick'."