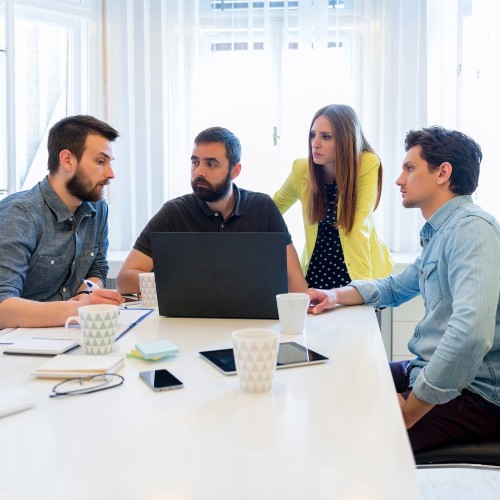 “Is it directly discriminatory, either on grounds of sexual orientation or religious belief, for a bakery to refuse to supply a cake iced with the message “support gay marriage” because of the religious belief of its owners?”

No was the answer of the Supreme Court to this question in the case of Lee v Ashers Baking Company Ltd and Others, in the judgment handed down on 10 October 2018.

Mr and Mrs McArthur have owned Ashers Baking Company Ltd since 1992 and are practicing Christians.

Mr Lee is a gay man who volunteers for an organisation called QueerSpace in the LGBT community in Belfast. In May 2014, he was invited to attend a private event organised by QueerSpace, marking the end of anti-homophobia week in Northern Ireland and the political momentum towards same-sex marriage. He placed an order for a cake to be made by Ashers with a picture of Sesame Street characters “Bert and Ernie”, the QueerSpace logo, and the wording “Support Gay Marriage” to take to the QueerSpace event.

After Mr Lee had placed and paid for the order, the McArthurs decided that they could not fulfil the order because of their religious beliefs that Biblical teaching states that sexual expression and marriage should only be between a man and a woman.

On 12 May 2014, the McArthurs contacted Mr Lee to inform him of this and apologised that they could not fulfil his order. They also provided him with a full refund.

In the first instance, the district judge found that when the McArthurs refused to carry out the order, they perceived that Mr Lee was gay and/or associated with others who were gay. Mr Lee therefore succeeded in his claim for discrimination on the grounds of the protected characteristic of sexual orientation. The McArthurs appealed this decision but the Court of Appeal made the same finding in favour of Mr Lee, so they made a further appeal to the Supreme Court.

The Supreme Court overruled the decision of the lower courts and held that the McArthurs refusal to provide the cake to Mr Lee was not directly discriminatory on the grounds of either sexual orientation or religious belief.

In providing the majority judgement, Lady Hale held that:-

‘The evidence was that they (the McArthurs) both employed and served gay people and treated them in a non-discriminatory way. Nor was there any finding that the reason for refusing to supply the cake was that Mr Lee was thought to associate with gay people. The reason was their religious objection to gay marriage.’

The Supreme Court found that taking a view on gay marriage was distinct to the fact that Mr Lee was gay or associated with gay people. Thus there was no direct or associative direct discrimination on the grounds of sexual orientation.

In doing so, it was held that these rights prevent an individual from being forced to express a religious belief or political orientation, in which they do not believe.

Whilst there has been some disappointment on the decision from the LGBT community, the question before the Supreme Court was whether the services had been refused because of Mr Lee’s sexual orientation or association with people of a certain sexual orientation. Lady Hale stated:

“it is deeply humiliating and an affront to human dignity, to deny someone a service because of that person’s race, gender, disability, sexual orientation or any of the other protected personal characteristics. But that is not what happened in this case and it does the project of equal treatment no favours to seek to extend it beyond its proper scope.”

If you are unsure about your obligations under the Equality Act 2010 as an employer or service provider, please do not hesitate to contact a member of the employment team.